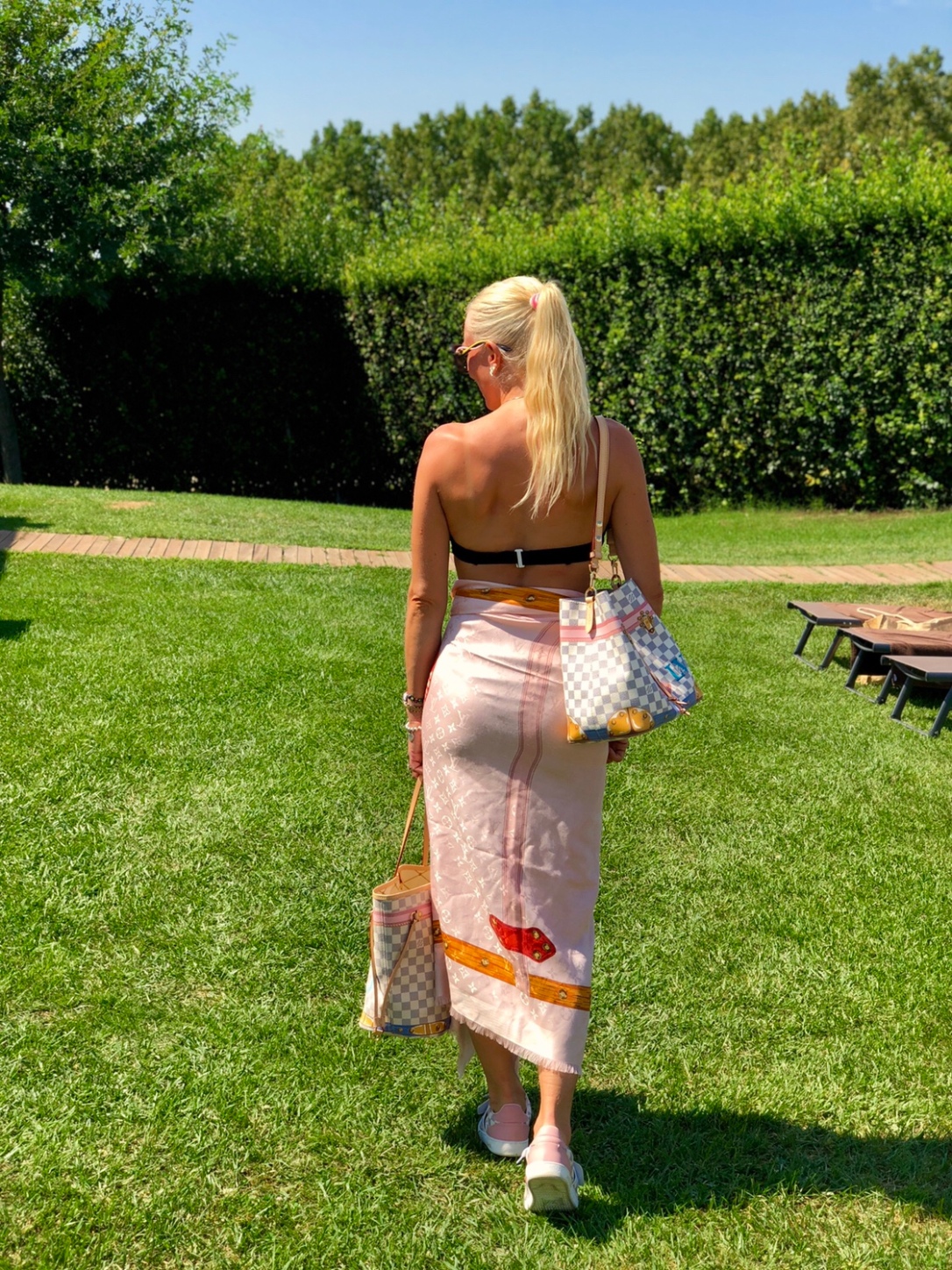 Had a way to big breakfast at the hotel, we are talking 5 croissants, and I don’t talking about small ones without chocolate!

Get a lot of questions about me sharing my meal plan and fitness program! And I will! But I will also write about how different body types with different jobs!

But I need time to do it good and some cool pictures or maybe a vlog? Is a vlog better? When you follow me around to training and what I eat and meal prep?

Tell me what you want!

So today, after eating WAAAAY to much.. I to the stables, Helle was clipping Picsou so I helped out with saddling until she was finished! Picsou has suddenly decided to pop out his fur! I told him he needs to be careful, a lot of Italians likes fur coats and jackets. And with a fur like that he can easily be kidnapped to the mink farm!

Picsou got instantly nervous, and so did Helle. The thought of Helle had to battle against 20 Italians who wanted to kidnap her darling Picsou was unbearable, she looked at Picsou and they said at the same time, WE GO TO CLIP NOW! Picsou stood still like never before and asked her to be faster all the time! So it went rather quick!

Now you might think, what about Duc? He always fluffs our his fur so fast🤔 but he is safe, he has brought the fluffy unicorn to distract the mink- nappers, so they see the fluffy unicorn first, when they attempt to take him Duc has the time to escape! 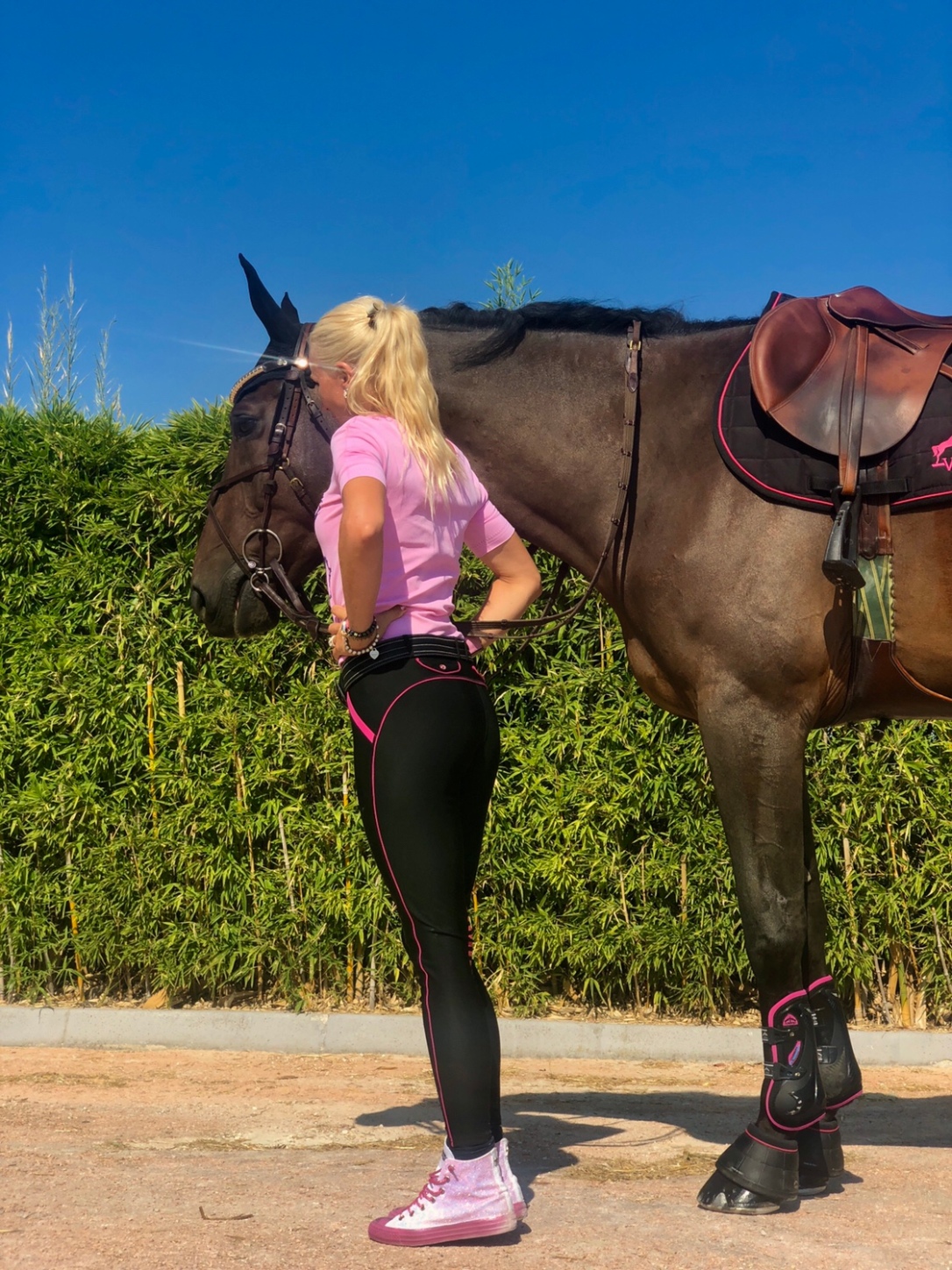 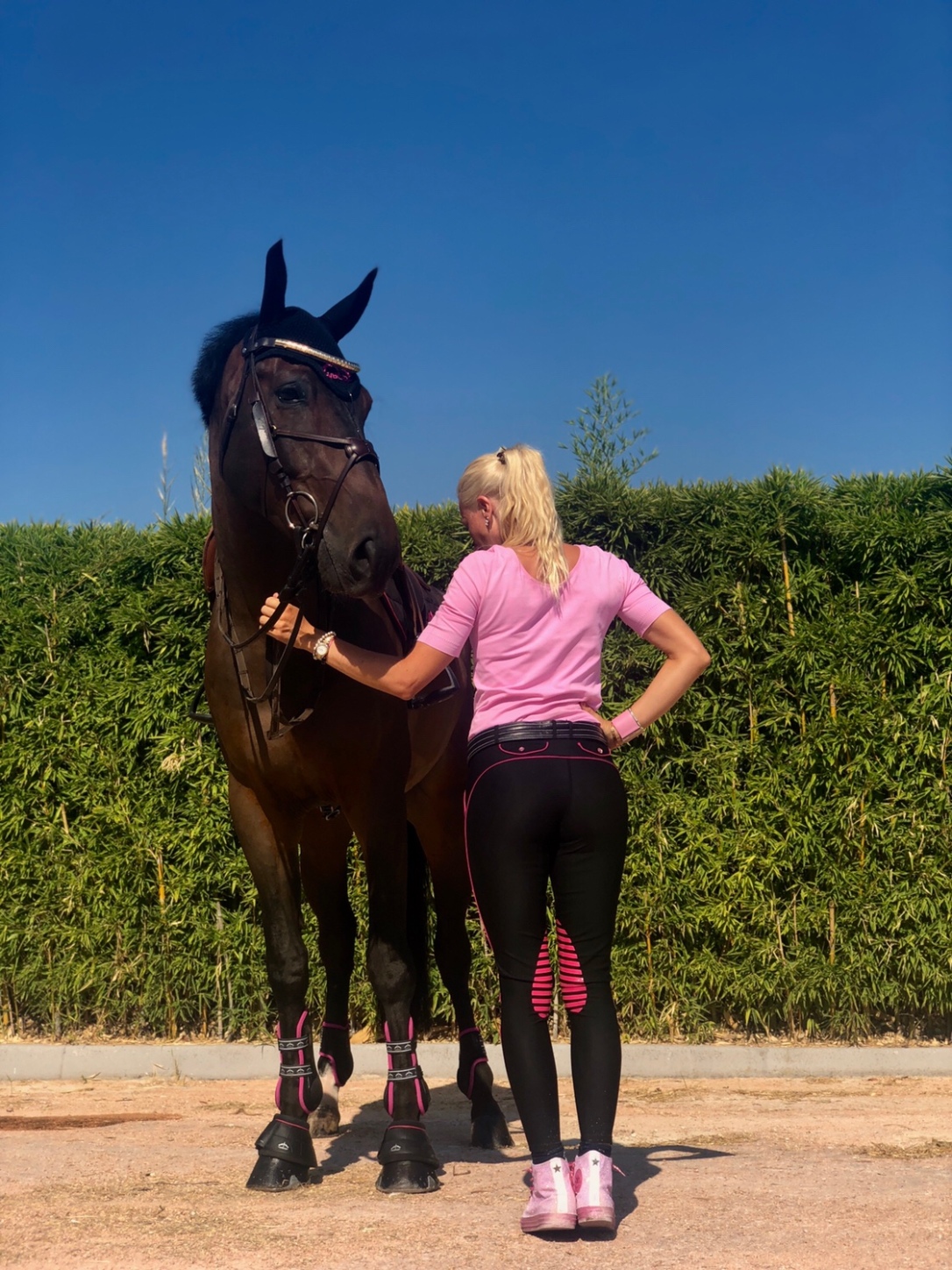 Yes and I also put Duc in the paddock before I went out with Ted!

Even though I had staid one hour on the breakfast I was apparently the first one to come and ride so the big arena was closed! Not problems, me and Teddy worked on some poles in the warm up! We also worked a lot on being a good boy to change the canter! Better and better every day

Next one was Picsou, we rode in the big arena and galloped a lot! When I gallop in a big rhythm he wants to make himself long and pull me out of the saddle! This is of course not very convenient in a showjumping course, specially not when you are competing. So I sat firm and worked him, he had some extra tricks he tried with his head and doing something with that bit. But I worked him smoothly and suddenly we became one, I said fast, he flew and was soft in the mouth, I put myself up and he came back, a little leg on and he staid active in a short canter! Happy ! Even went up to the poles and tested my new found control on regulating the strides between them! Went perfectly!

Then Duc! He lives next to Picsou and apparently wanted to try Picsou methods on me.. but I just said Duc come on, be like always! The more you are like this the longer you have to ride in the heat, so he softened up and became as usual! Okey, I Always have to keep in mind having him on the hindlegs , active and light in the mouth! 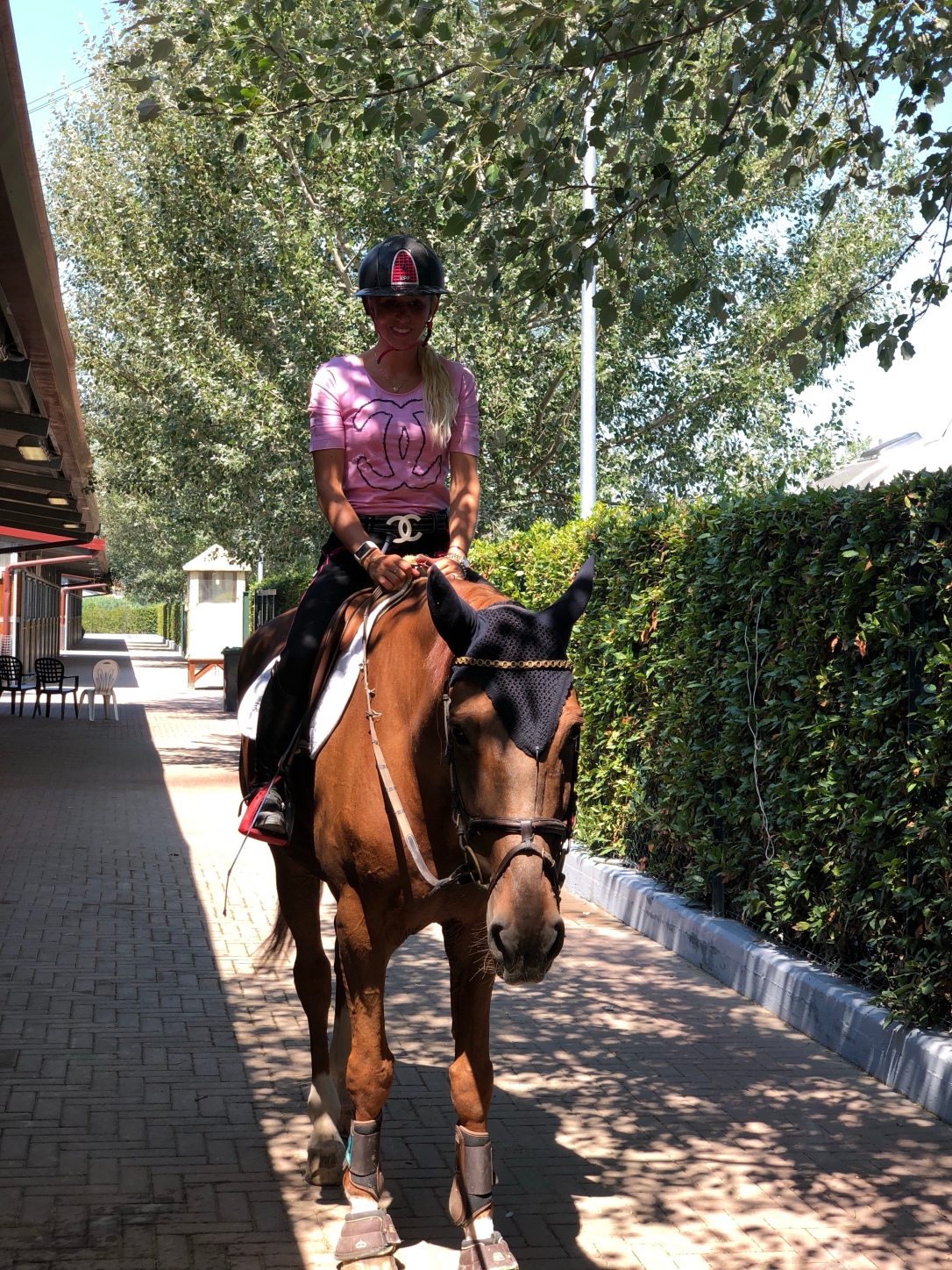 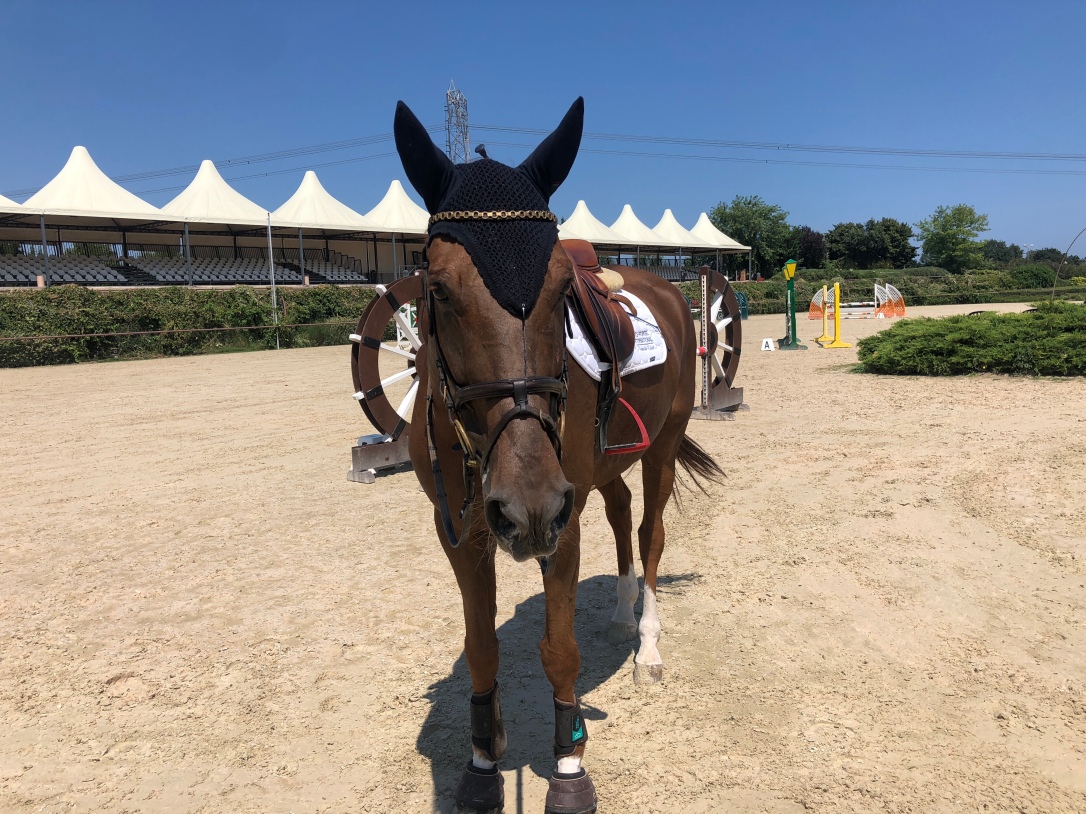 Last one to ride was Alf’i! At this point I was alone with him in the arena, so I let him gallop as fast as he wanted with me on loose reins! So happy! When I got him he was afraid to do that, cause it was always something to spook for, but now he was so cool, running like a thoroughbred! It’s important to make the horses happy! And to have fun is also good!

Haha! Here’s teddy having fun in the paddock today, we try to put them there for a while everyday! Life quality is important 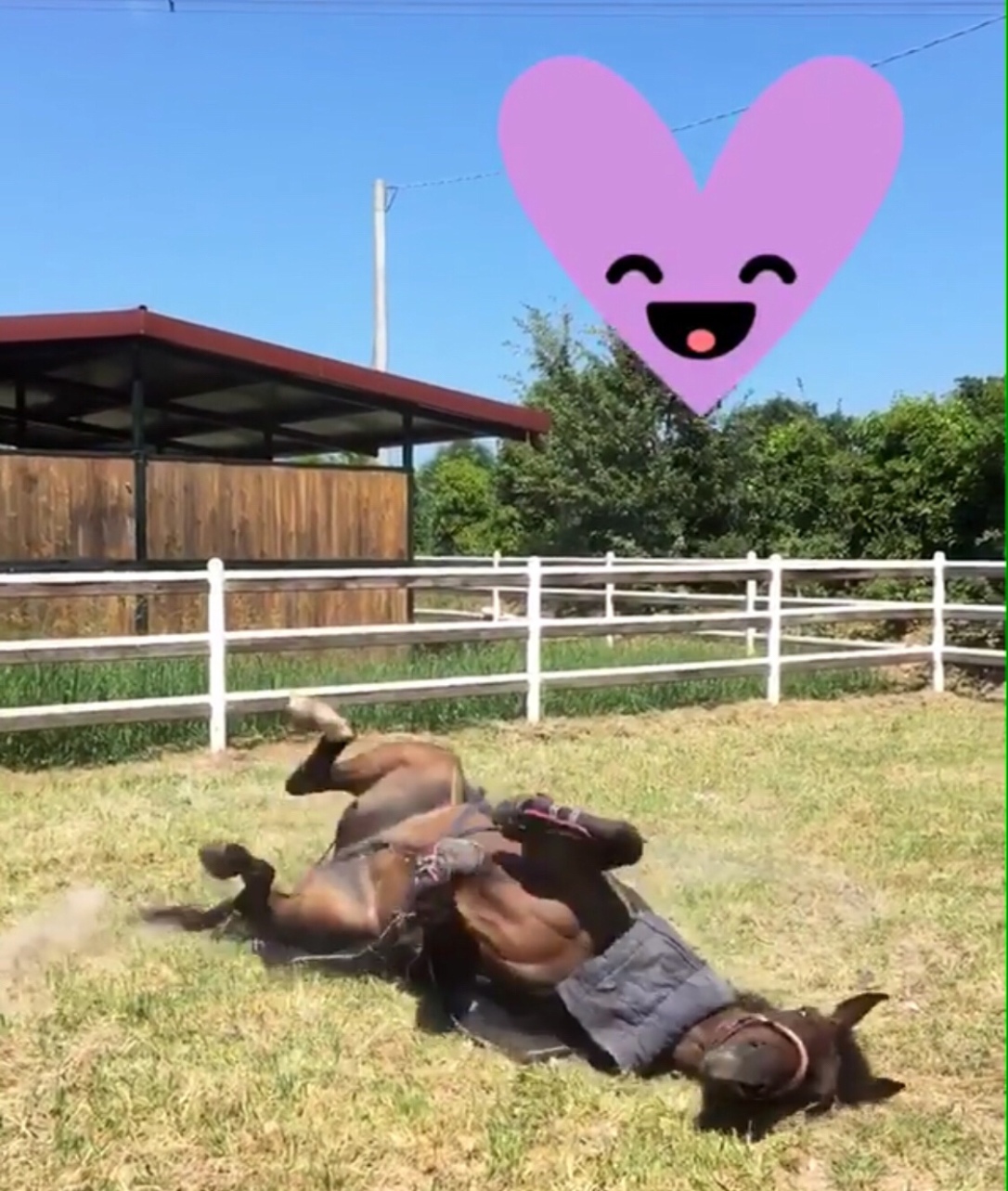 -and with that in mind , our horses was a bit desperate today! We was out of carrots and apples! So before the lunch feed I had to rush to the store and by loads! Haha! Then they were happy again!

In the afternoon we went to the beach! Gelato first! Wearing a super cheep dress you can find in these Instagram adds! My Gucci Sylve bag and Hermès slides

I’m wearing my custom made Janne Ibiza Bikinis! You can dm her on Instagram and she makes one exactly how you want it! Even though it does not exists on her web shop! You can take screen shots from Instagram and say that you want this on the top, this on the bottom, this bands in this colors! Everything! She’s awesome! 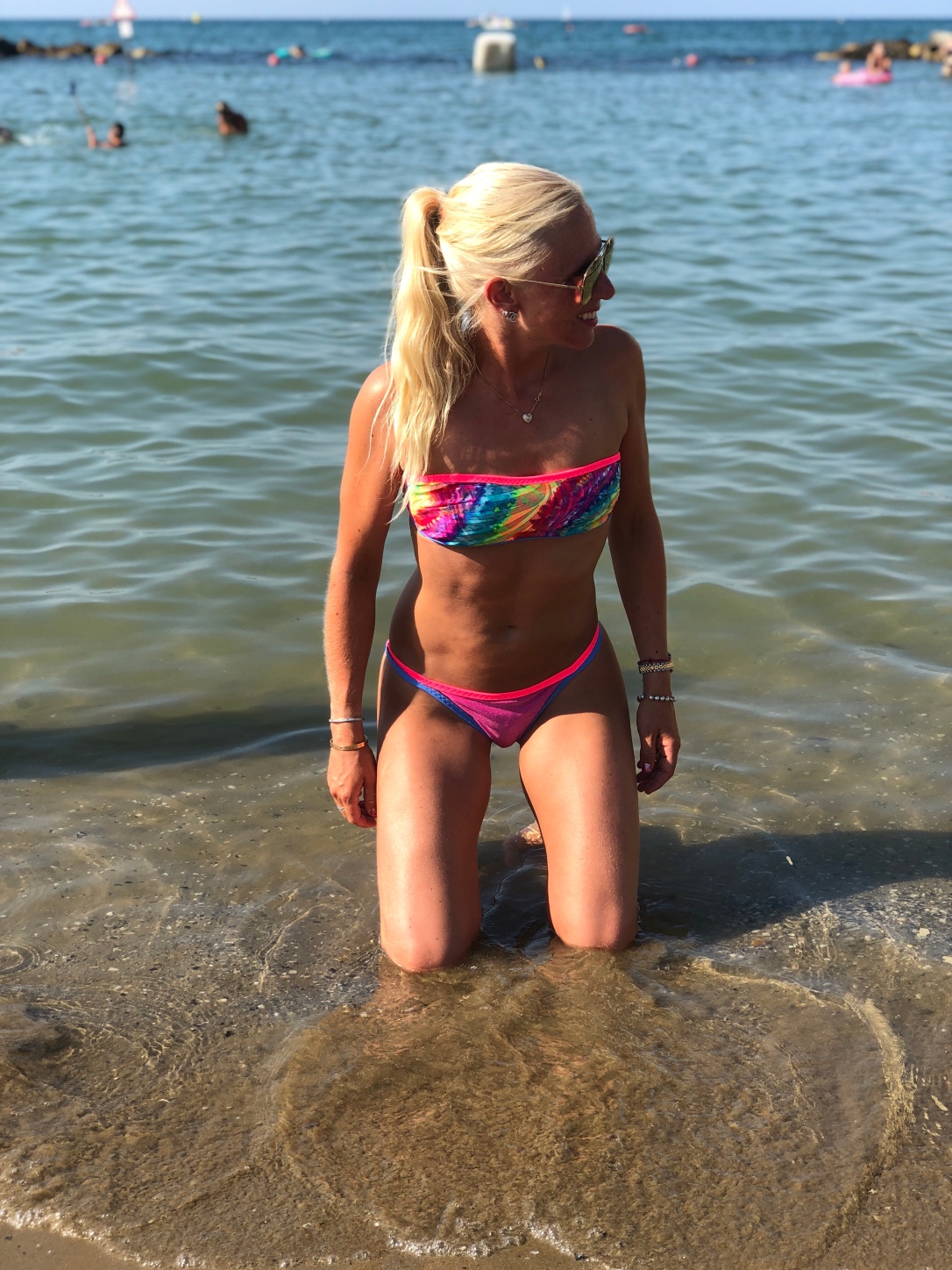 and with Teddy also 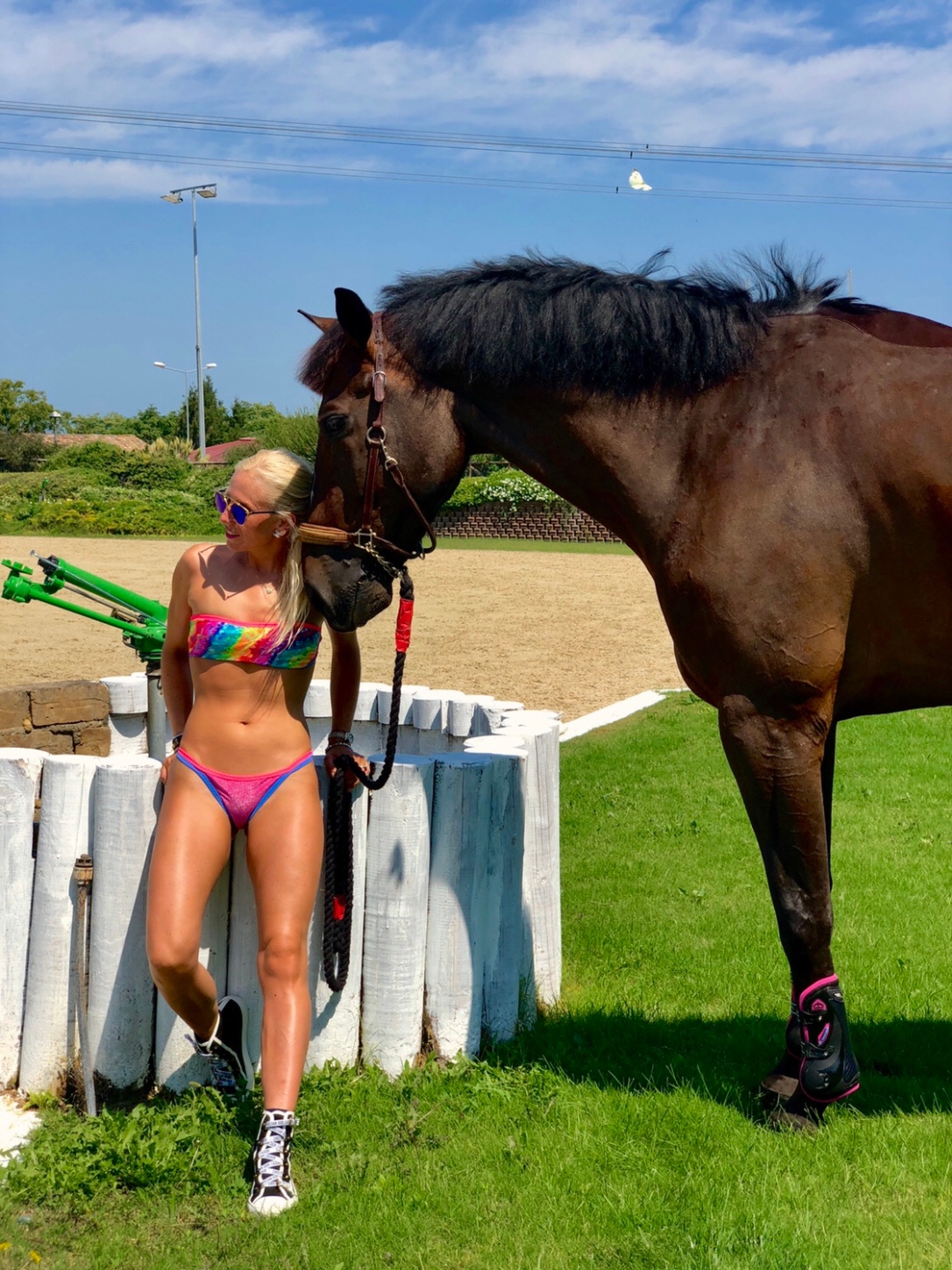 Helle got a new bikini and I wanted to show it to you! She looks so beautiful! And white is just great when you are brown! WOW 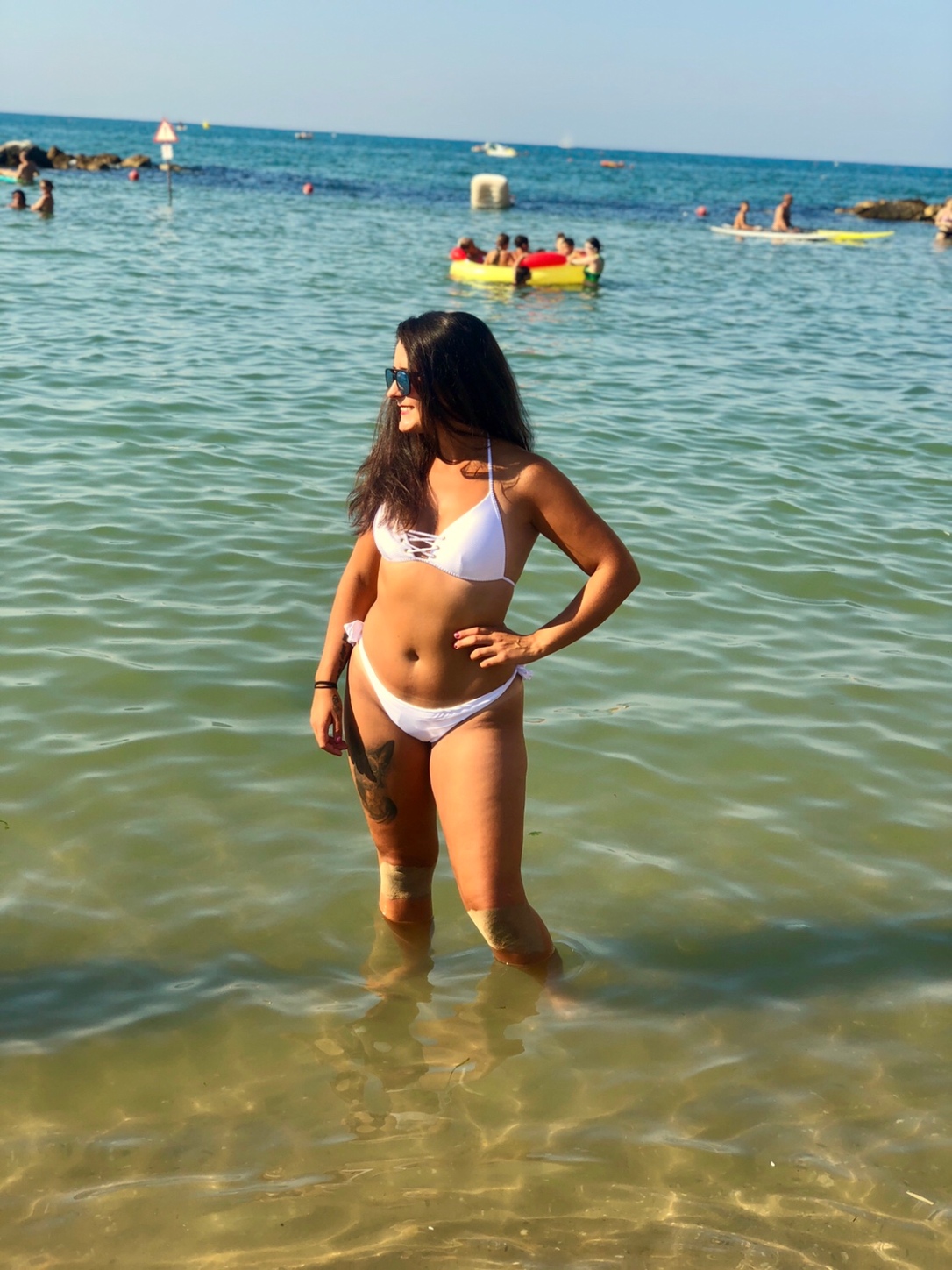 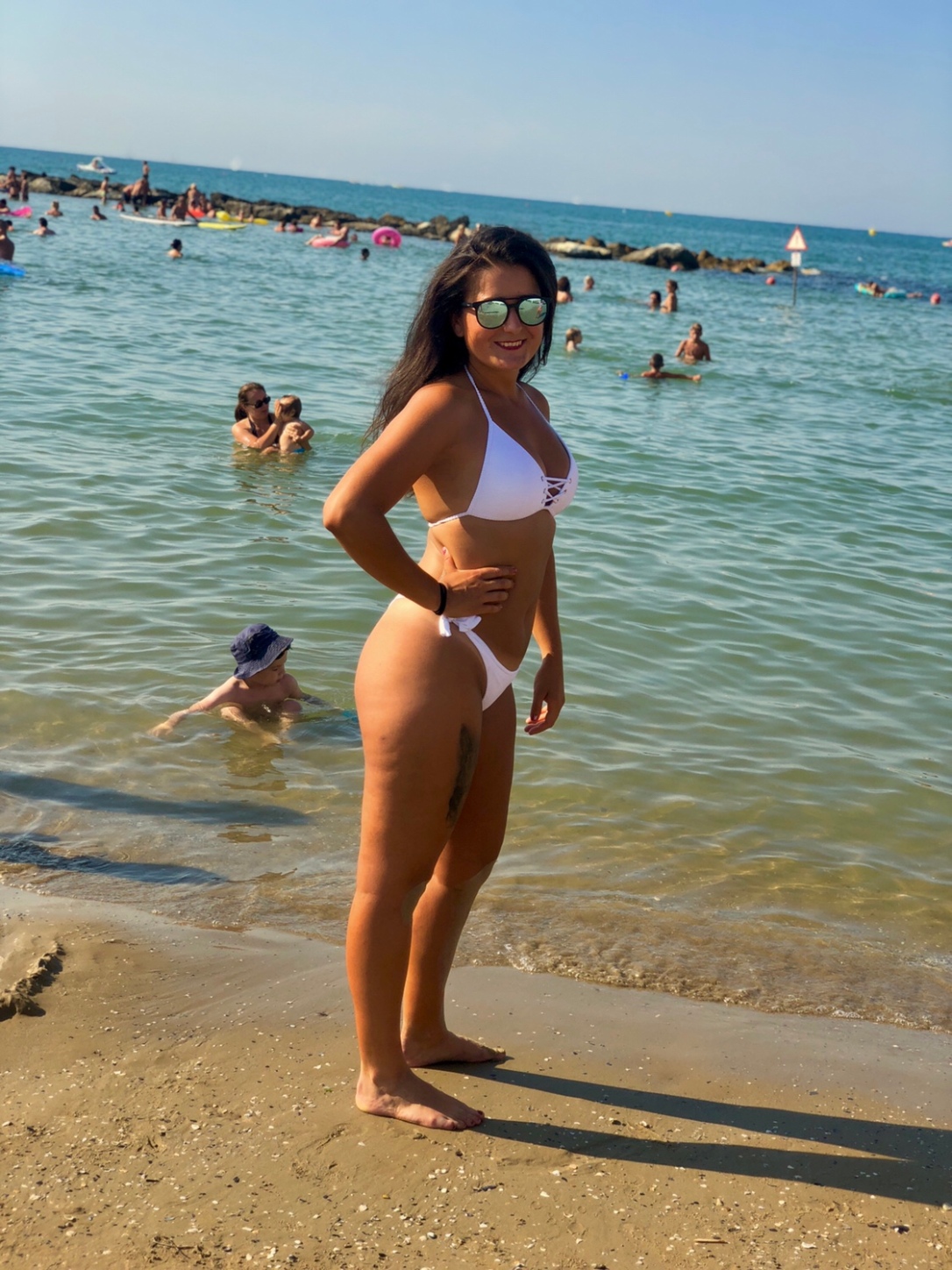 also I really admire this beach dress in denim! She wears it perfect I think!